Esperanza (Spanish for "Hope") is a taller than Trixie and Dixie, and about two dress sizes larger. She has a full head of brown hair, and big, beautiful brown eyes. She has separate fingers, and the fingernails and toenails are painted.
I did not change her jewelry for this set, nor did I put any wigs on her. I have another costume that I could use (Angel - white dress), but did not put that on her just yet. Some of the pictures have the 'window' turned on. I am experimenting with lighting as well as costumes and jewelry.
The red and black combination, as well as the style of this dress gives her a more Spanish look. I changed the original lacing, and I have a length in red and one in white. The original lacing was not long enough for the dress. The new black ribbon is not long enough either, but it is satin instead of the sheer that came with the dress. 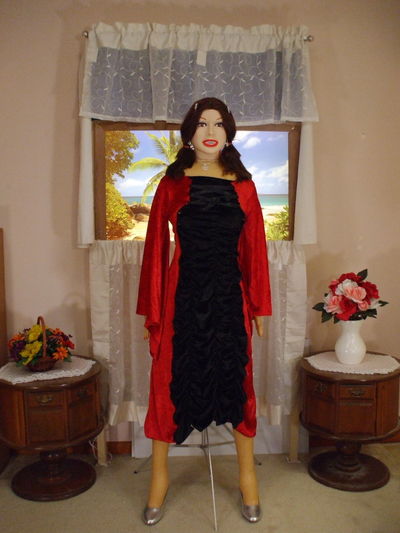 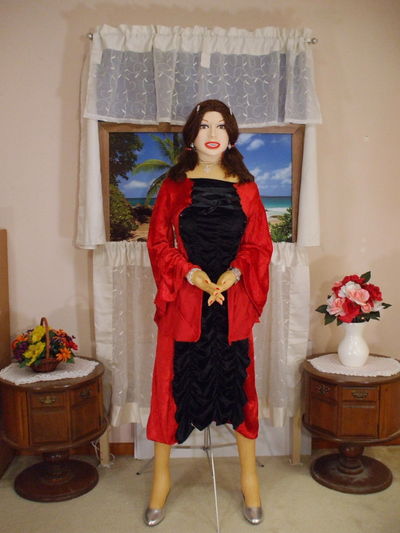 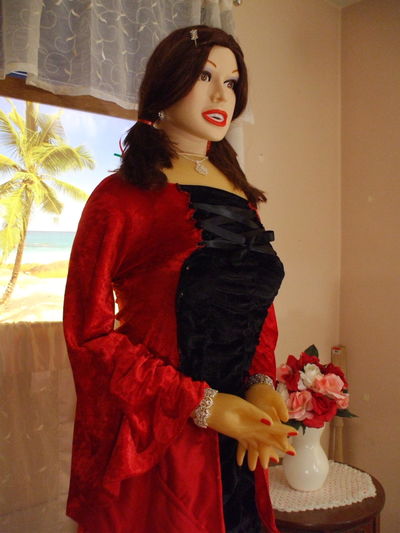 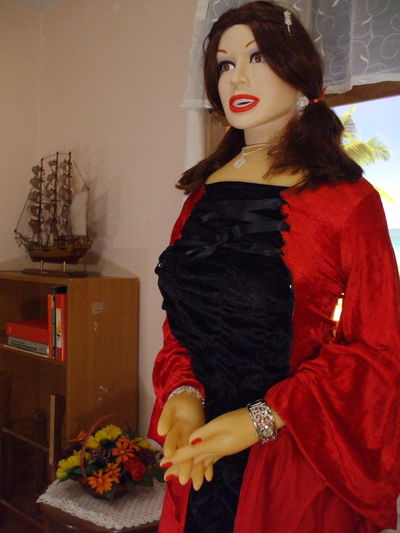 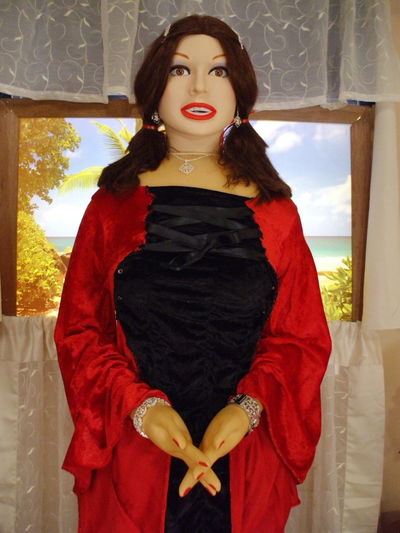 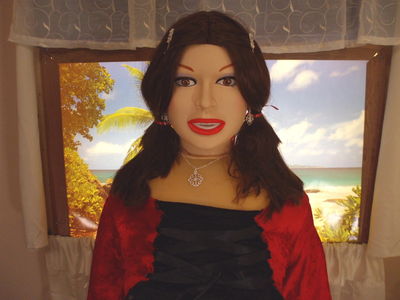 I changed her hair for these pictures. 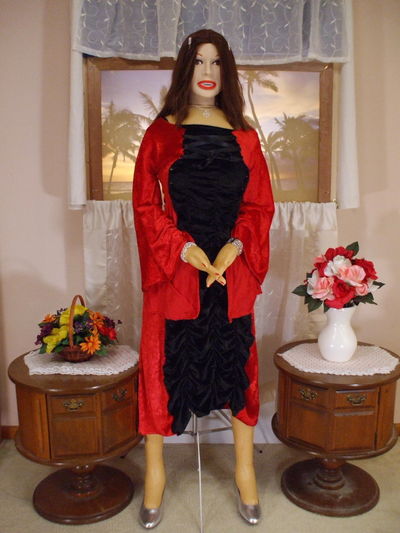 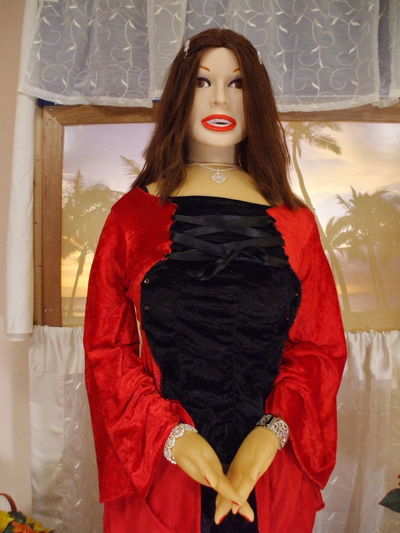 The South of the Border costume will work well for a 'Cantina' shoot that I want to do. 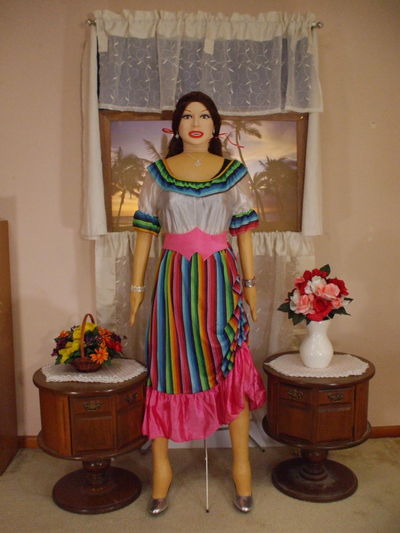 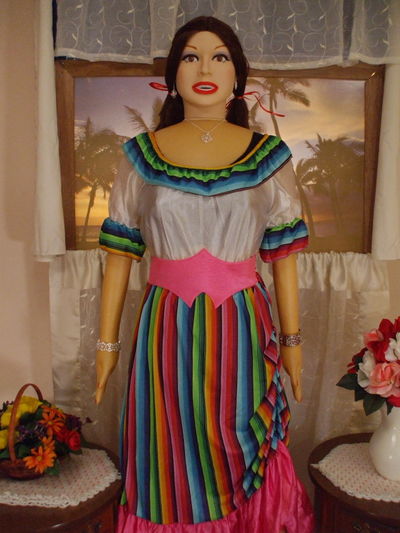 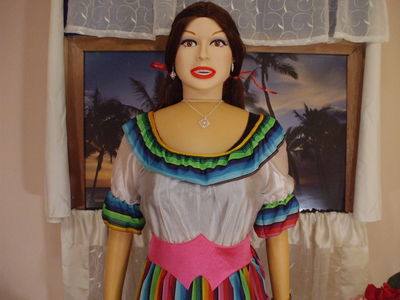 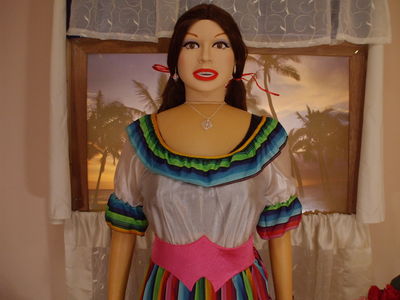 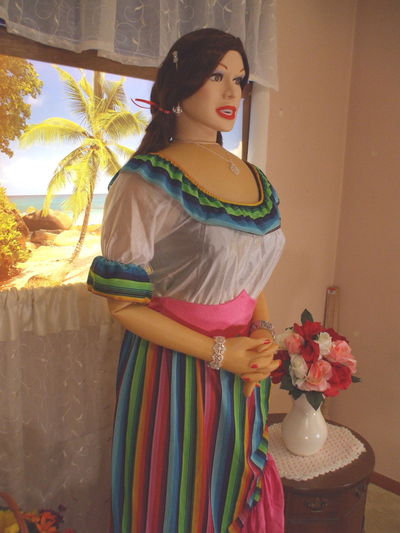 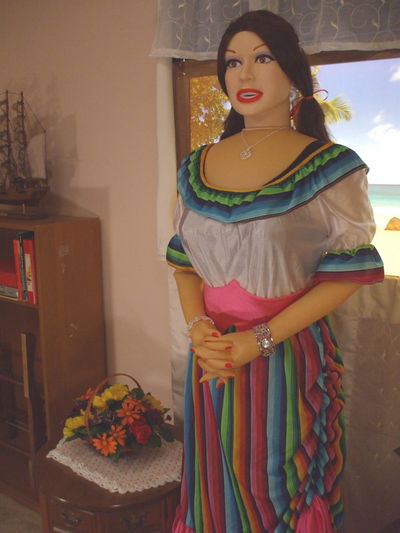 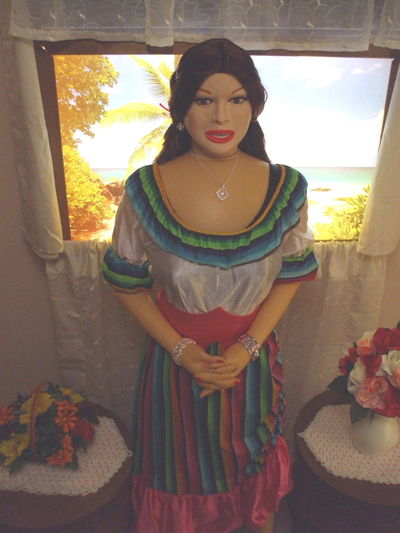 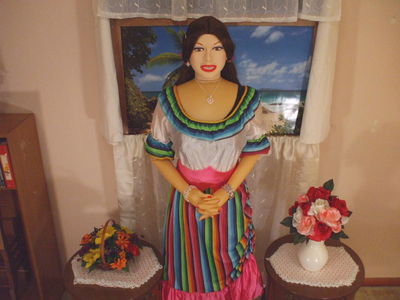 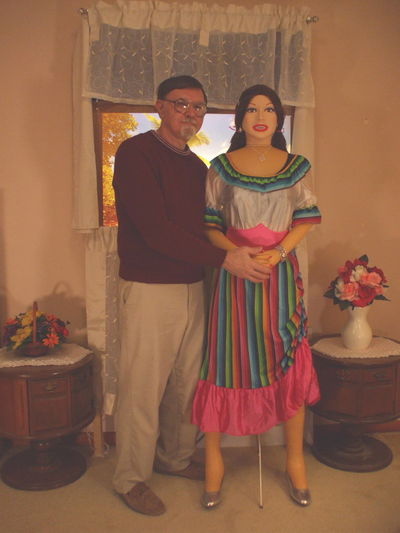 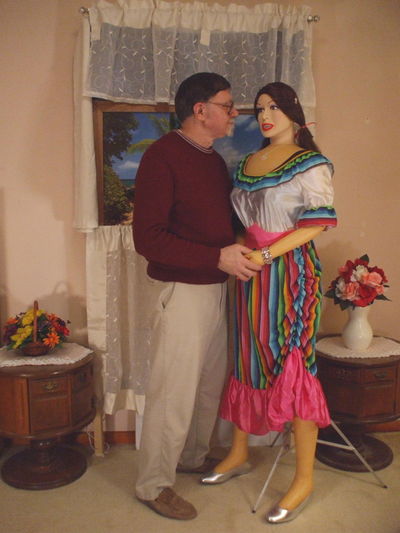 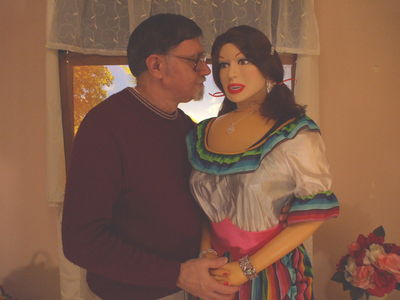 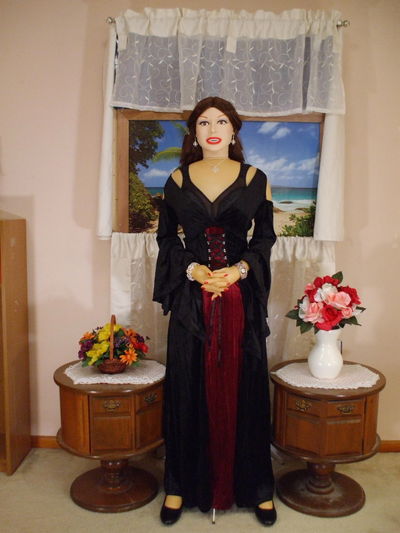 This costume is almost the exact opposite of the red and black dress at the beginning of the set. I should have taken off the black bra, but it helps give shape to the model. 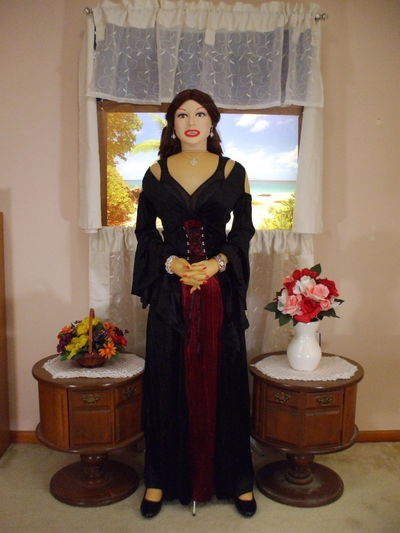 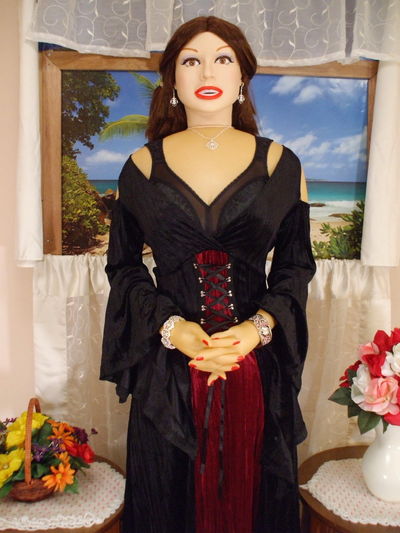 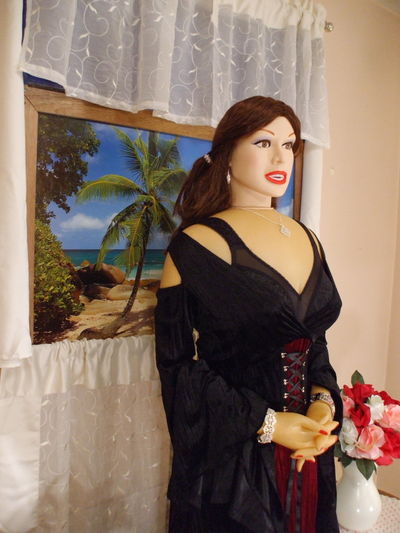 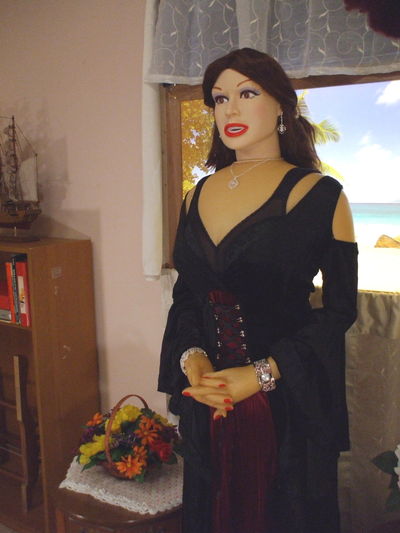 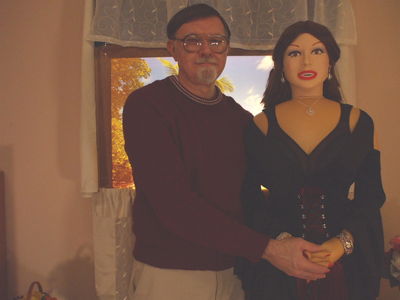 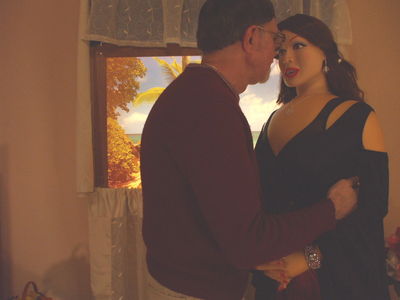 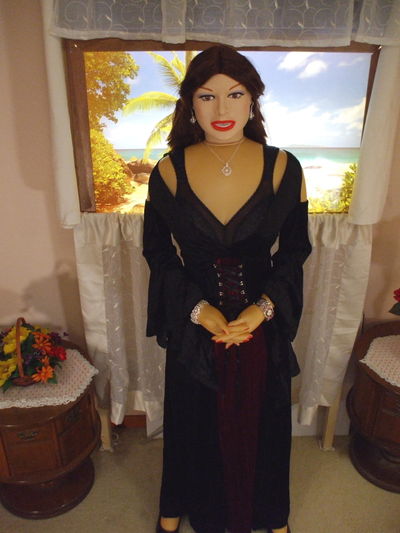 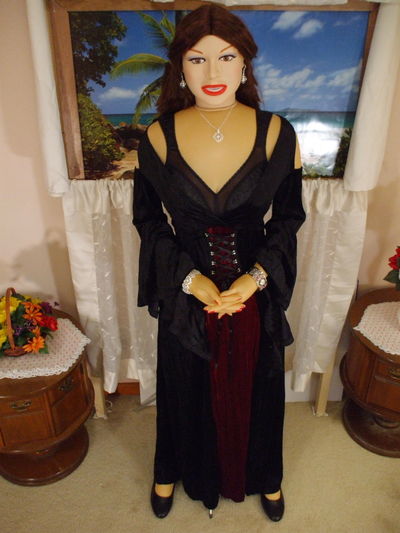 Here is the whole family! 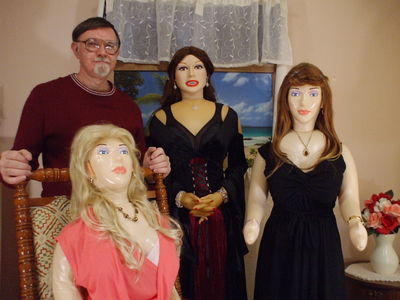 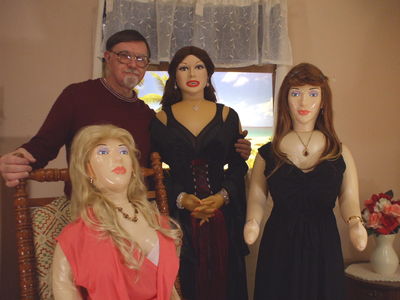 Esperanza was the name of Zorro's wife in "The Mask of Zorro". The part was played by beautiful Julieta Rosen.

Esperanza is the Tera Patrick latex doll from California Exotics.